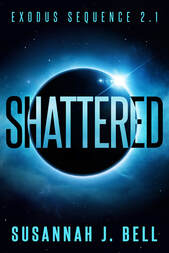 A Neanderthal man sees a space station streak across the sky.

On Observation Platform 5, preparations are being made for the arrival of the Queen of Galinthia, due to visit the forbidden planet. Ziann Mara, communications officer, contacts her conspirators using space-red, a drug that expands space and time. She’s secretly in love with Commander Heltz but whose side is he on? Can she trust him? While events race towards political disaster and an inevitable war, the Queen takes her “holiday” in the body of a Neanderthal woman called Yani. Learning to survive on a primitive world, she discovers a different kind of power – and the truth about the one they call “Meridian.”

The scream was pulled from her, long and thin, a wail that went on and on until, in the end, she was where she always was: in the water, shivering, naked, hair dripping in her face.  Someone handed her a white sheet and she stood up, wrapping it around herself, fingers numb with cold. The sheet clung to her and did nothing to warm her but at least she was hidden from view.
“Every time,” said the other. “Can’t you think of another way to arrive?”
“Every time,” said Ziann crossly, “you ask me that question.”

Writing Shattered was intensely difficult:  what should have been a quick, easy write – a short story of 10 000 words or so – turned into a two year trial.
For a start, the story ran away with itself and kept digressing.  Minor characters clamoured for more space.  Unplanned relationships announced themselves, demanding attention.  And the central character, the queen, was dead on paper, no matter what I did with her.  Worse, the story was unfolding at a snail’s pace.  I had yet to reach the halfway point by 20 000 words.  This was not a short story and it was never going to be quick and easy.
Shattered was a failure.  Overwhelmed by the added stresses and strains of life, I dropped it.  Hard.
Surviving the hottest summer in London on record, I escaped the heat by imagining myself deep inside the dark forests of a new fantasy world I had recently invented.  By October, the heat had abated slightly and the tumultuous changes in my life had finally come about.  Several ideas about Shattered began to occur to me.  The rewrites and endless edits that I’d struggled through suggested that I split the story into two, though the second part would have suffered without its foundation.  In January 2019, I decided to tackle Shattered again, having decided instead to turn it into a serial of 5000 words each to be published in a digital magazine looking for submissions.
Opening up the story for the first time in almost a year was one of those miracle moments authors dream of:  it wasn’t half as bad as I’d thought.  In fact, it was quite good.  In fact, I loved it!  Ziann Mara was funny.  Commander Heltz was sexy.  And First Honourable Sannasia was going to provide the monumental climax I needed.  There was no need to split it up at all.  It was a perfectly shaped novella.
The most powerful scene in the book is the moment that the Neanderthal woman Yani stands up on the hillside and achieves full awareness.  When she begins to run, I felt it in my bones.  I felt the freedom, the escape, the physical power.  My research suggested that Neanderthals weren’t built for running, but then Yani is hardly your typical Neanderthal.  It was this thrill that kept me going until I finally reached the end.
Shattered is the first of the Exodus Sequence stories set so far in the past, yet the world of this exiled race is instantly recognisable.  Several themes run through this story that appeared in the first volume:  the limitations of Self (first introduced in SUICIDED);  the pale blue tattoos (first seen in WIRED);  the joys of scaping (first described in CAGED);  and the political consequences of the Exodus itself (first mentioned in CRASHED).  And if you've read WOKEN, you'll recognise one of the scenes - the strongest link of all, while the title itself is deliberately reminiscent of events in WALKED and CAGED.

This is a stand-alone novella, the first in what will be the second volume of the Exodus Sequence. Reading the first volume will enhance this story, but it isn’t necessary for full understanding.