Writing from Alter-Space
BUY A DOORWAY INTO ULTRA 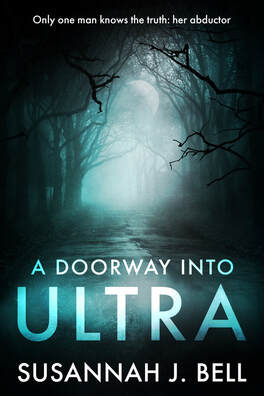 A DOORWAY INTO ULTRA

When a missing child is returned without her memory, only her abductor knows who she is – and who she isn't.

Claire Halward disappeared as a child, last seen running up a hill before being struck by “something dark.”

Found in the same spot seven years later, her mother Karin is delighted to have her back.  But the reunion doesn’t go well.  Karin struggles to connect with Claire and Claire’s father Nick knows Claire is not Claire, despite accurate DNA tests.

Claire herself has no memory of these parents nor of the house they live in.  She has no memory of herself.  She remembers a twin sister she doesn’t have and dreams of her.  Her body is covered with inexplicable scars and soon she begins to add to them.

Watching the disintegrating family is a man with silver-blue eyes.  Unable to sleep, plagued with nightmares, struggling with the residual effects of machine-administered drugs, John Fox is the only man on Earth who knows the truth about Claire.

And then she runs away to find him.

This is beautifully written and deserves to break down any genre barriers which often put people off reading what is labelled as science fiction.  ~  Fuchsia ☆☆☆☆☆

A sci-fi thriller that really makes you think, with a "reveal" at the end that is utterly original.  I loved it.
~ Judith Ayris ☆☆☆☆☆

This read is ultra good. It is ultra readable. I found it ultra enjoyable.  ~ WinWessels ☆☆☆☆☆

There is the sense that this is part of a much larger backdrop of story and that we are glimpsing just a fragment of something much bigger and perhaps even scarier. ~ G.P. Hudson ☆☆☆

The difficult and distressing issues which child abduction raises, are skilfully exposed as the story progresses, and it is a mark of the quality of Susannah Bell's writing that she sustains the reader's attention from beginning to end.
~ Keith Searle ☆☆☆☆
WRITING A DOORWAY INTO ULTRA

Previously titled ULTRA, this novel has struggled not only with its title, but also its genre!  It has also been through several formats:  starting with a short story and ending with a screenplay.  But finally the story found its way into a novel.

After the ludicrously awful short story and the truly terrible screenplay, I was amazed to find that writing the novel was fantastically easy, particularly since I was burnt out from rewriting another novel, the immensely difficult COMMENCES (still to be published).  I really wanted to write a novel with a broader appeal and because I had already worked so painstakingly on screenplay’s pre-writing, everything was already prepared.  I opened the blank screen, found the novel’s voice and was away.  I wish all my writing could be like that, less blood-from-stone and more breezy ease!  I restricted myself to five pages per chapter which, for me, is really short.  This was so that I could get plenty of punch into every chapter.  It also meant that as a writer I wouldn’t get bored.

It wasn’t meant to be science fiction and for the most part it isn’t.  But as one of my clever reviewers pointed out, there is a feeling throughout the novel that something huge is behind the story, something that is never quite revealed, only alluded to in the twist at the end.  This is exactly how the story was written:  there IS a huge back story.  There ARE fantastical events taking place that are barely touched on.  These events are beyond Earth, beyond this universe, even, though not unreachable in distance, just understanding.  I particularly love this style of writing, though I don’t do it consciously.  In all my novels, no matter how grandiose the subject, I like to zone in on the tiny details, the minutiae of people’s lives, against a backdrop of vast events that pass by generally unnoticed.

This is very much how I feel about this planet:  we live our tiny lives, we do the best we can.  We hate the wars and the misery and suffering.  We wish it was better.  We wish we were somewhere else.  But “somewhere else” is a story that is so vast and incomprehensible that we can’t even begin to guess what it is.  And thus science fiction is born.  And fantasy.  And every other creative art.

A Doorway into Ultra is a doorway into that “somewhere else” – that vast, indescribable, incomprehensible place, one that everyone has been trying to get to for years.  And not just us.  Everyone else too.  That is the theme of this novel:  what lies beyond immortality?
​
EXTRACT

The blade nicked her skin.  A drop of blood pooled on the steel.  With a strangled noise in her throat, she dropped the razorblade in the sink.  The blood splattered minutely on the white enamel.  And then she was crying.  Her face stretched until she thought it would break and tears ran down from her eyes, tears that burned her skin, so acidic and concentrated were they, the first she had shed.

She tried to stop.  She blew her nose on some toilet paper and went back to the main room.  She gathered all her things together, turning off the netbook.  She tried to pack everything back into her bag, but they wouldn’t fit.  She couldn’t remember how she’d done it before.  She took everything out again and the picture of Gandalf on the front cover of Lord of the Rings made her begin crying all over again.  This time she couldn’t stop.  She lay on the bed, her face buried in the nineteen seventies’ polyester quilt, sobs wracking her body uncontrollably, everything hurting, every part of her, her bones curving inward and crushing her, piercing her heart so that she was bleeding all over the place, everywhere washed with blood so that she was dying.
​
She cried until there was nothing left, then just lay there in the flickering light of the television, clutching the book to her chest, wishing it was the Collector, that she could press her body against his.  She wanted to feel safe.  She wanted to feel normal.  She lay with her eyes closed, her wet hair sticking to her skin, and thought of him.  She felt a warmth flush through her as her body relaxed.  She didn’t understand the way things worked but he did.  He would tell her.  In the morning.​ 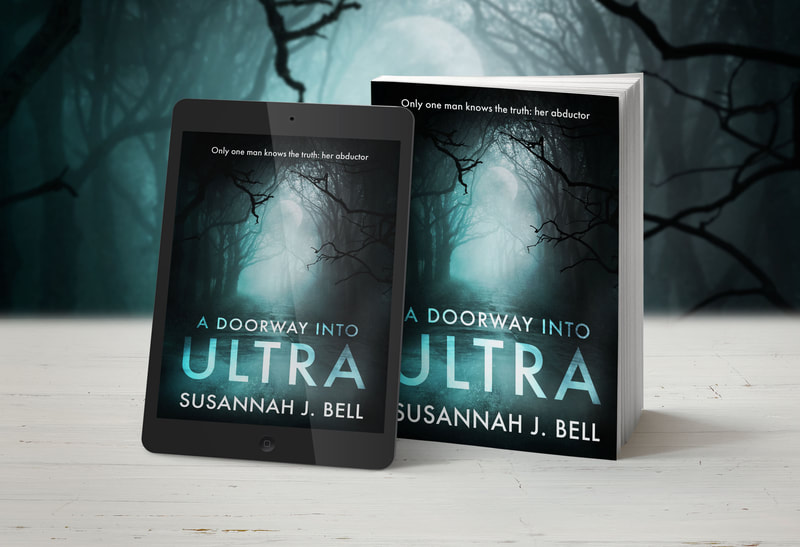 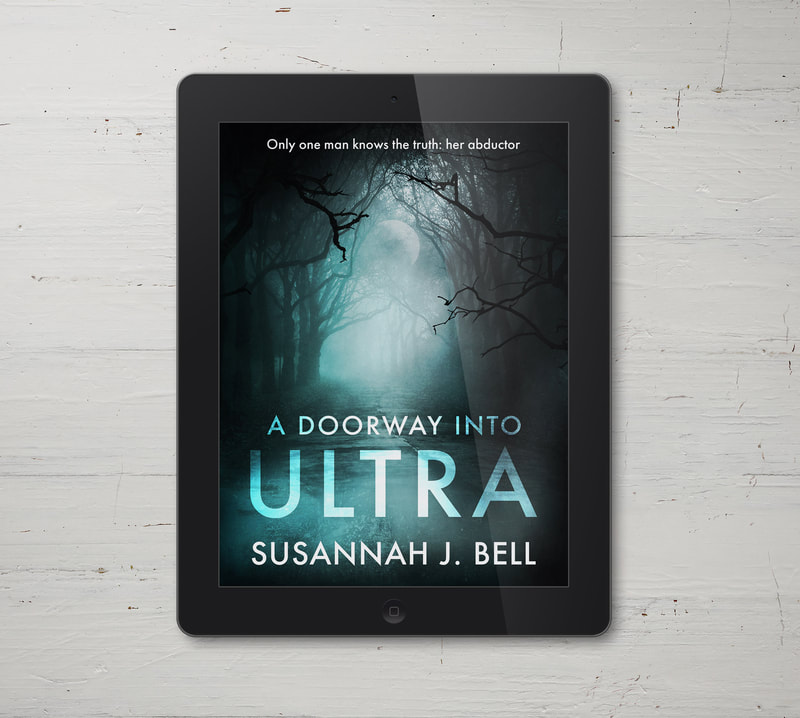 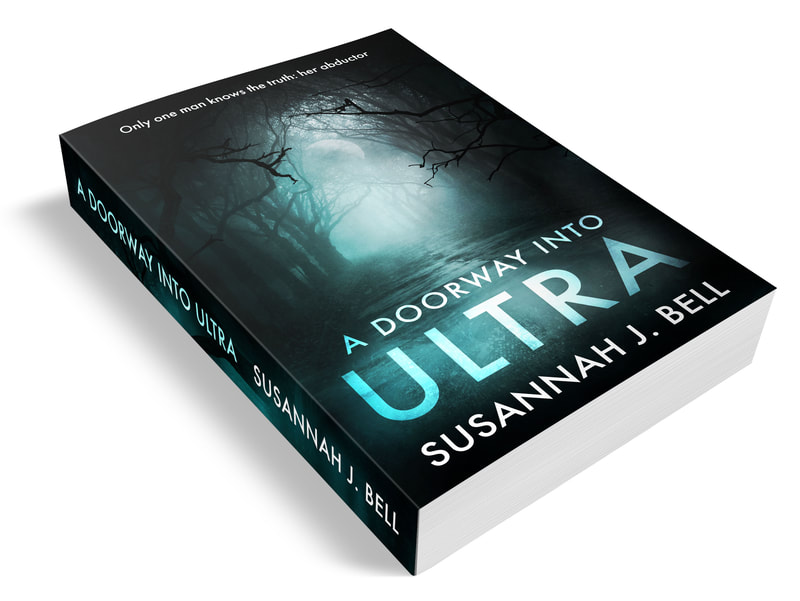