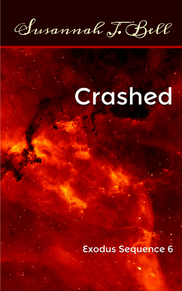 A para-psycho structuralist crashes into a field around Mars.

When Alenka Koie is posted to MarsShipFour, there are only three hyper-telepaths left.  Operating from tanks in a crash lab, they struggle to penetrate an invisible field surrounding Mars.  The field forces those who view Mars to see it as an abandoned desert world.  Probes penetrating the field are also fooled.  The field is controversial, perhaps even hypothetical, and the aging space station is to be shut down, ending vital experiments.  But then one of the telepaths gets through the field.  One of them knows who is coming.  And only Alenka Koie can see who it is.

Koie reached out to touch the glass, or the stuff that was pretending to be glass, and found it colder than she had expected.  The tension that seemed to hold her skull in a vice began to relax.  Gone at long last were the months of being torn to shreds by the press, by religious extremists, by conspiracists, even by physicists who should have known better.  Earth couldn’t be any further away.  She leaned her forehead on the glass-stuff.  She was free.  All the lies fell away.  The field existed.  She could taste it on her tongue.

​Gone are the days when we could imagine life on Mars.  There’s nothing there now except regolith, dust storms and the occasional probe (half of which are dead or lost).  I love those stories from the fifties featuring Martians – the ones that look like us, that is, not the little green men.  And as for the microbes – how do you get excited about that in sci-fi?!  I’ve long fancied the idea of a shield or electronic field around Mars and have spent a long time working out how it would work – although nothing in my imagination has to do with science.  In CRASHED, the field has a controversial history.  It’s not electronic so it’s hard to prove that it actually exists.  Those who have gone beyond theory believe (or know) that it hides an ancient civilisation on Mars.  It’s also broken:  when hyper-telepaths break through it, they see other eras, mostly earlier, and it’s here that the exodus is mentioned for the first time.
Writing about invisible cities, people and ships is tricky.  The field hides the truth about Mars – we can’t see what’s really there.  But neither can we see what’s really on Titan, Io and a dozen other moons.  Do they have fields too?  And are these “aliens” really invisible or just removed from our, er, dimension?  It’s a bit too easy to fall back on the idea of “dimensions” in sci-fi and I tend to not see them as something separate from ours but co-existing.
But that’s me – coming up with the big ideas that are hard to write about.
CRASHED was immensely difficult to write.  There’s enough story for a full-length novel (or a two hour movie) and compressed, it feels uneven.  The ending fell apart completely and it wasn’t until I was well into the sequence that I suddenly realised how Alenka Koie, our heroine, fit into everything.  I was so pleased with that new ending that I think I’ll give this another star.
The connections to SPOOKED and REFLECTED are very strong, and it also has an indirect connection to a later story, though this will only become apparent in the second volume.

Koie, by the way, is pronounced Koy-a (there are two distinct syllables, with the emphasis on the first)
Powered by