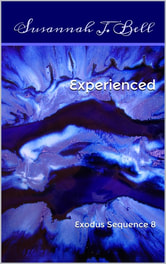 An exhausted immortal uses the dreamscape drug to open a door into Other.

Omen – the bad omen they told you not to follow – is addicted to Doors.  Using an unwilling victim to open a door via their own dreams, he pulls apart dimensions of time and space to access a plane of existence called Other, where all forgotten memories can be inspected.  Omen plays at politics while hiding on a moon called Tranquillity.  He has to keep his identity hidden to survive – until his cover is blown.  During a fight to the death, he accesses Other to open the last door and find the secret that has eluded him for millions of years.

The fountains soared up into the night, the sound of the water on the white hexagons like shattering glass.  I was utterly exposed, I knew it.  Paranoia presented me with a variety of scenarios and I ignored them all.  It was never going to be clever.  No plot against me could ever outwit me.  After torturing me for so long, they should have known.  They thought I was addled with Doors, that I was weak, that my Self was disappearing.  They had never worked it out.  They did not know who I was.

Inventing a mind expanding drug for immortals was one of my more creative challenges.   I had to go deep into the world of weird and deeper still into the world of white.  The result was a highly surreal piece of work that was very, very difficult to write.  I first had a problem with tenses, then viewpoint, then telepathic-conceptual style communication.  The opening page describes a trip which isn’t clarified until later.  It makes getting into EXPERIENCED quite hard.  It’s a tough story, I know,  with very dense writing, a main character that doesn’t speak and references that will make you wonder whether you’ve missed something.  That it isn’t obvious what is going on is the whole point:  once you do get it, the story explodes and you know exactly where you are.
I had this exact experience while listening to very loud metal (though without the addition of anything chemical).  I can’t say I was asleep because I could still hear the music but neither was I imagining the events because I wasn’t lucid.  Extracting a story out of it was the first challenge.  I knew it was always this character that had to open a door (literally, chemically and supernaturally) but getting to that final door was an intense and exhausting experience.  I took a week’s leave to concentrate on writing and when people asked me if I’d gone anywhere, I told them, jokingly, that I’d gone to Io.  It wasn’t until much later that someone mentioned to me that not many people actually know where or what Io is.  Oh.  Really?  I had no idea.
Io is a large moon that orbits Jupiter and has over 400 volcanoes.
Just as with all Exodus stories, the title has more than one meaning.  Omen has been met several times before, but not in this incarnation.  There are many connections and the story also reflects others, hence the title of the second story.  The act of “reflection” is described exactly towards the end.  And it’s an ending that’s worth getting to because it takes you to a pivotal point in the Exodus Sequence.  I can’t wait to get there myself.
Powered by